A downloadable book for Windows, macOS, and Linux

Welcome to a lore-rich, vibrant world of knights and legends. Following the popularity of its predecessor, Dark Ink breathes new life into the perilous world of Ezora. Players will find bliss and be endowed with infinite knowledge as they scroll through the core book's highly engaging, original dark fantasy setting.

Read it as you would Shakespeare! World immersion, starts the moment you lay eyes in its introduction page. Followed by 30 more, dedicated solely to Ezorian lore. 3e's compact design delivers everything you'll need to start your adventure, minus the bloat. Like they say, great things come in small packages.

Once players have been bestowed with basic knowledge, comes character creation. A variety of five different classes and three world races are available by default. Classes in particular, come with their own unique stats, which include pros and cons to each. Once a player picks a class, they're to choose a race. This is the second step of character creation. Race stats, are them summed up or subtracted from the class base stats. From there on, players have a limited amount of Kescs to spend on their hero's starting gear. This includes a variety of items, arms, and armour to pick from. It's advised players only take what's necessary, avoid being over encumbered.

What follows, is the selection of skills and wizardry from a diverse roster. Magick, includes a variety of benevolent and malevolent spells. Anyone can cast magick from the Incunabulum Arcana. From healing, to elemental, to summoning. Though, the Mage class will always have the upper hand when it comes to manipulating these arts. As your hero levels from amateur to master expertise, you'll gain access to even more powerful spells. Some are deemed so powerful, like Rapture, which summons a horde of demons to aid you in combat, that not only they'll consume mana, but also drain the summoner's life. One should tread carefully in the arts of blood magick, it could ultimately consume its user in the process.

This is a mere glimpse of a detail-rich, set of core rules that awaits within. Knights & Legends: Dark Ink, gives both player and Game Master alike, infinite possibilities with incredible flexibility and unique game mechanics. Whether you prefer short adventures or large and complex quests, the game got your back! Its DIY module is unprecedented to an existent, giving the Game Master and players total control of their uniquely crafted adventures through the vast and perilous world of Ezora. Now, featuring a nostalgic and consistent dark ink design with all new content, for seasoned veterans and newcomers alike.

In order to download this book you must purchase it at or above the minimum price of $4.99 USD. You will get access to the following files:

$5 is almost tempting.  I'd love to do a review on this sometime. 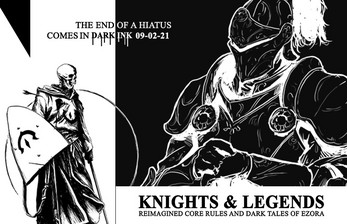 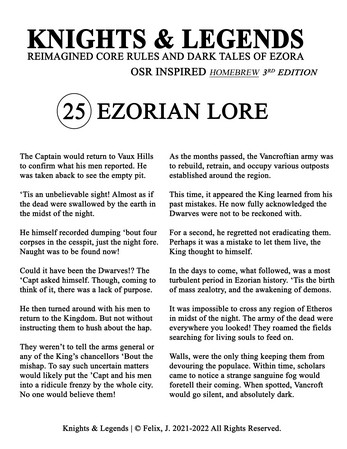 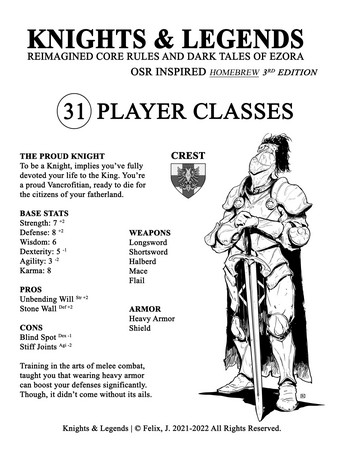 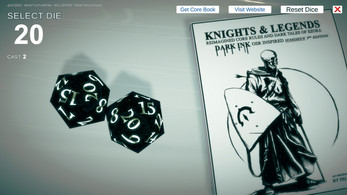